New: Get help from the Thomas Industrial Buying Concierge Service for free

Thomas Regional is a proprietary database powering Thomasnet.com. The Thomas Regional Directory Company began as a division of Thomas Publishing in 1976. Long time providers of supplier information on American manufacturers, Thomas, for some time, had been considering the idea of publishing local industrial companies to further deliver on their core mission: providing purchasing information to buyers and specifiers.


Over time, Thomas Regional would change the publication's name to Regional Industrial Buying Guides and come to distribute 19 regional editions covering much of the United States. 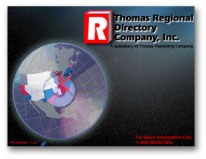 In the early 1990s, more and more directories were being published on CD-ROM as librarians and small business owners were discovering the benefits of this new electronic format. After forming a task force, headed by George Short, to study CD-ROMs, Thomas Regional published its first Thomas Regional Electronic Network Directory (TREND) in November 1996. Within two years, Thomas Regional released a total of 19 CD-ROMs, one to complement each hard covered guide.

Shortly thereafter, the TREND team oversaw the development of Thomas Regional's web site. www.ThomasRegional.com quickly became the web's largest and most comprehensive database of regional industrial suppliers, providing information on more than 480,000 industrial companies. To integrate the products, the new CD-ROMs provided seamless web connectivity to Thomas Regional on the Internet, so that the buyers and specifiers could have access to the entire web database and source outside of their local coverage area.


Thomas Regional's guides, CD's and website were managed by a small group of 75 internal employees — who adhered to an aggressive publishing schedule--one print guide and one CD-ROM every three weeks — and daily updates to ThomasRegional.com.


In September of 1999, Thomas Regional added a newsletter to their portfolio of informational products. Industrial Market Trends delivered a roundup of industrial news, workplace tips and industry events to purchasers, engineers and other knowledge seeking professionals. 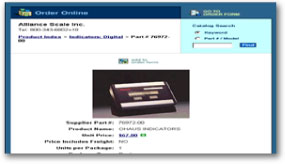 In 2000, Thomas Regional.com was named as one of Forbes Magazine's "Best of the Web B2B Sites" and was also selected as one of Information Week's "Web Sites of the Week."

In 2001 Thomas Regional partnered with Manufacturing Quote.com. The launch of Custom Quotes gave buyers the ability to source custom manufactured products and services right from their desktop. With the added capability to attach detailed drawings and specifications, suppliers could readily provide quotes. Buyers could then easily compare companies' pricing and capabilities and select the supplier that best met their needs. This service was free to all ThomasRegional.com users.


Leveraging their core expertise in the industrial marketplace, in 2002, Thomas Regional offered a host of additional services including: website design, development and hosting for the core market they served, SMBs


As the leading online source for regional industrial information, Thomas Regional was sought after and subsequently entered into valuable and long-term partnerships with well-known companies like Freight Quotes and AOL/Compuserve and a variety of associations and private label organizations — extending their reach to more than 1,500,000 industrial buyers. 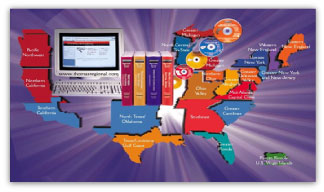 In 2004, The Thomas Register Regional Buying Guides and CD-ROM's were discontinued. The comprehensive supplier information found in these publications continues to be available free-of-charge at Thomasnet.com. The Industry Market Trends newsletter is still in publication and now known as Industry Market Trends (IMT) and exists in blog format at news.Thomasnet.com/IMT.

Select From Over 500,000
Industrial Suppliers

Stay up to date on industry news and trends, product announcements and the latest innovations.

Start Sourcing Suppliers Claim Your Company Profile
Thomas uses cookies to ensure that we give you the best experience on our website. By using this site, you agree to our Privacy Statement and our Terms of Use.

Register or Sign-In to Continue